ALBANY, Apr. 22, 2020 — During the coronavirus-marred weeks leading up to Earth Day 50 — today — the Trump Administration has been busy gutting major clean air and water regulations and rolling back enforcement of environmental rules.

“For us at EPA, every day is EARTH DAY.”

In the past week alone, landmark federal actions have broadly undercut both the Clean Air Act’s limits on soot and toxic gases from power plants and the Clean Water Act’s jurisdiction over more than half the nation’s wetlands and millions of miles of streams.

In its air pollution rule released April 16, U.S. Environmental Protection Agency scrapped the legal basis for its 2012 limits on mercury and other toxins spewed from the nation’s coal- and oil-fired power plants. It also revamped assumptions about the costs and benefits of clean air rules.

“Latest EPA attack on clean air,” tweeted Basil Seggos, commissioner of the New York Department of Environmental Conservation. “The new method could be used to justify loosening restrictions on any pollutant that the fossil fuel industry has deemed too costly to control.”

Former EPA Commissioner Carol Browner called the air rule “a giveaway to big polluters that will be paid for with thousands of lives, especially of those in the most vulnerable communities.”

Five days later, on April 21, the new EPA’s water rule broadly restricted the “Waters of the U.S.”, cutting off federal jurisdiction over runoff from manure, fertilizers and pesticides. USDA Secretary Sonny Perdue called it a “major win for American agriculture.”

The EPA’s own Science Advisory Board has been sharply critical of the rule’s exclusion of ground water.

“Shallow ground water may directly connect wetlands to adjacent major bodies of water,” the board said in a 2019 draft letter. “Therefore, the scientific importance of ground water protection and ground water connections should require that these waters be protected from unacceptably high contamination.” In the Finger Lakes, manure runoff from cropland into streams is a suspected prime culprit behind the recent explosion of toxic algal blooms.

For Andrew Wheeler, the former coal industry lobbyist who heads the EPA, the pandemic has conveniently overshadowed his rapid fire moves to ease environmental rules that once confounded his former clients.

Combusting long-neglected piles of coal, clay and rock will cut down on toxins leaking into local groundwater and preserve local jobs, according to an agency press release that quoted seven Congressman — all Republicans. The effects on air quality in the Finger Lakes, which lie 200 miles downwind of the three Pennsylvania plants, wasn’t highlighted.

“While we can do everything in our power regulate air quality and implement water protections in New York State, if we’re in the path where (a neighboring state’s) poor air quality will blow in, New Yorkers are going to be adversely impacted.”

In a campaign timed to coincide with the 50th Anniversary of Earth Day, NYPIRG and more than 120 other environmental, health and community groups are urging the state Legislature to pass a bill that would rescind the oil and gas industry’s exemption from hazardous waste regulations.

Under state law, no liquid or solid waste produced by oil and gas production can be treated as hazardous, regardless of the intensity of its toxicity or its potential to harm human health.

The bill targets the spreading of wastewater from fracked gas wells on roads and on “drill cuttings” the DEC allows New York landfills to import from Pennsylvania drilling operations. Both types of waste are potentially laced with toxic chemicals and may be radioactive.

The same bill passed the state Senate last year before stalling out in the state Assembly as the legislative session expired. Similar bills have passed the Assembly several times in the past decade.

“We had a tremendous victory last month in codifying the fracking ban in New York, and doing the same for this hazardous waste loophole just makes sense,” said state Sen. Rachel May (D-Syracuse), sponsor of the Senate version of the bill.

“This is a priority for the assemblyman,” said Stephen Liss, Englebright’s counsel.

Although the legislation has never had more widespread legislative support, the Legislature would have to reconvene to pass the bill.

Coronavirus restrictions don’t necessarily rule out that possibility, Moran of NYPIRG noted. The voting can be conducted remotely.

While Cuomo’s stance on the hazardous waste loophole regulation isn’t clear, the DEC has long maintained that imports of harmful fracking waste from Pennsylvania are administratively banned.

But environmental and health groups argue that the industry has found ways to exploit New York’s lax monitoring of wastewater spreading on roads and importing of solid waste shipments to New York landfills.

“Most industries have to test their waste to determine if it is hazardous before disposal,” the groups said in their letter. “The oil and gas industry should not be treated any differently.”

Meanwhile, Wheeler and the EPA are exploring ways to expand, not restrict, the use of what the oil and gas industry can do with what it calls “produced water.”

“Wastewater from the fracking process is certainly at the top of our minds,” Wheeler said in February when the EPA released an “action plan” for water recycling — potentially on cropland. 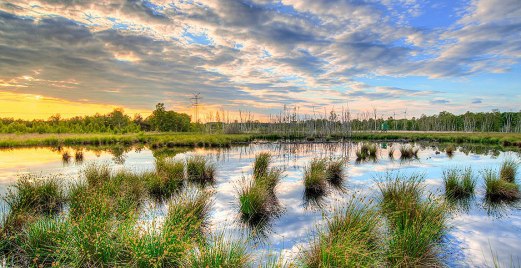 The EPA has excluded more than half of the nation’s wetlands from its regulatory jurisdiction. ________________

In the midst of Wheeler’s push to roll back environmental regulations this spring, he took time out on April 16 to shoot a video message about the importance of Earth Day, which was first celebrated on April 22, 1970.

Later 1970, both the EPA and New York’s DEC were established to address growing public awareness of the human health costs of air and water pollution.

In his video to EPA employees, Wheeler touted the agency’s progress.

“For us at EPA, every day is Earth Day,” he said. “…Over the last 50 years, all of our environmental indicators have improved and they continue to improve.”

However, that sweeping boast apparently overlooked an important air pollution trend that is particularly relevant in the midst of a virus pandemic that strikes at the human respiratory system.

According to a recent Harvard University study, coronavirus patients who live in high-soot areas are far more likely to die than similar patients in low-soot areas.

“The results of this paper suggest that long-term exposure to air pollution increases vulnerability to experiencing the most severe Covid-19 outcomes,” the authors wrote.