The towns of Auburn and Owasco have been the first to spotlight the statewide rules-dodging tactic because farming waste has been putting their public drinking water at high risk.

Both towns draw their raw water from Owasco Lake, where a large plume of floating manure was documented in February 2014.

Fueled by the high-phosphorous waste, algae blooms have multiplied on Owasco ever since. That’s forced both towns to spend hundreds of thousands of dollars on new filtering equipment to protect public tap water.

“I don’t think it is either fair or appropriate or necessarily always legal to impose the burden on the municipal ratepayers to pay to clean up pollution of source water to get clean drinking water,” Peter Lehner, an Earthjustice attorney involved in litigation over the permits, told WaterFront.

New York, the nation’s third largest milk producer, is home to more than 620,000 dairy cows. The volume of waste they generate is staggering.

The average cow produces 120 pounds of manure a day — more than 10 times estimates of the average amount produced by a family of four people. So a large industrial dairy that confines 5,000 cows produces roughly as much waste per day as the city of Rochester, population 208,000.

But the animal waste, unlike human waste, is not treated. Typically, it is spread on fields as fertilizer — even during the winter season when the ground is frozen or after heavy rains when runoff is virtually certain.

“If there is pollution coming from these dairies that is contaminating the drinking water supply,” Lehner said, a former executive director of the Natural Resources Defense Council, “it would certainly be appropriate for the towns to urge the state to take as strong action as possible.”

On Sept. 26, Owasco Town Supervisor Edward Wagner wrote Basil Seggos, commissioner of the state Department of Environmental Conservaton, to urge the agency to tighten up its farm permitting rules.

A week later, the Auburn City Council followed up by enacting a resolution that urged Seggos and the DEC “to close this regulatory loophole.” State Sen. James L. Seward (R-Oneonta) echoed that appeal in an Oct. 10 letter to Seggos.

But the DEC’s approach to permitting large dairies has long reflected its stated intention to balance environmental concerns with dairy industry economics.

In a 2012 memo, Joe Martens, Seggos’ predecessor as DEC Commissioner, noted that dairy processing plants such as Chobani yoghurt and Great Lakes Cheese were driving demand within the state’s largest agricultural industry to produce 15% more milk. While meeting that goal could produce 3,400 new jobs, Martens said, CAFO regulation could   be a barrier to success.

New York’s cows are spread among 5,500 dairies, 90% of which are virtually unregulated.

The largest 550 or so farms are classified as Concentrated Animal Feeding Operations, or CAFOs, which must obtain state permits. CAFOs milk at least 200 cows that are usually confined to stalls rather than free to roam and munch in fields.

To accommodate the demand cited in Martens’ 2012 memo, the DEC has tried to smooth the way for many smaller unregulated farms to step up production and cross over into regulated CAFO status.

In doing so, the DEC has offered dairies two permitting options that were most recently updated in January 2017. The following month the agency participated in a CAFO “roadshow” to help farmers navigate the regulatory nuances.

But both permits skirted the edges of the legal requirements of the federal Clean Water Act, according to a lawsuit filed in April 2017 by Riverkeeper, the Sierra Club and other environmental groups represented by Earthjustice.

In an April 2018 order in the Riverkeeper case, a judge in Albany ruled that the DEC’s discharge permit fails to comply with the Clean Water Act and must be rewritten. Acting Supreme Court Justice David Weinstein held that the permit “clearly does not provide for (required) agency oversight and public disclosure.”

Weinstein found that the DEC was illegally outsourcing oversight of the CAFOs by allowing independent “planners” hired by the farms to certify that their clients are complying state standards. He wrote that those planners “have an inherent conflict of interest.” 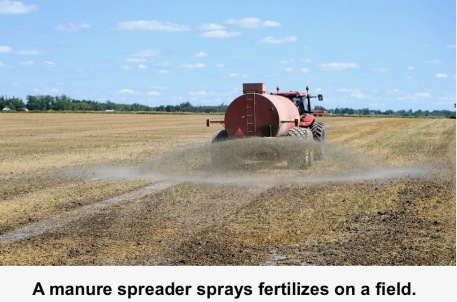 The DEC is in the process of rewriting its CWA permit. The public comment period on its proposed changes ended last week.

But the court order did not directly address the second DEC permit, the no-discharge permit that is based on the state’s Environmental Conservation Law. Like the illegally lax CWA permit, the ECL permit also relies on CAFO-paid planners and confidentiality, but it remains untouched by Judge Weinstein’s April 2018 order.

At some point since April 2017, when Riverkeeper filed suit, New York CAFOs covered by the CWA permit abandoned it en masse in favor of the ECL permit, according to comments filed with the DEC last week by Earthjustice.

Citing records recently obtained through a public records request, Earthjustice reported that before the lawsuit was filed, 267 industrial dairies had CWA permits, while 295 had ECL permits. Since then, 228 CAFOs previously covered by the CWA permits have opted for ECL permits.

“In other words,” Earthjustice wrote in its comments to DEC, “more than 85% of CAFOs previously designed, constructed, operated, and maintained to discharge pollutants now claim they no longer discharge any pollutants at all.”

Documents obtained by WaterFront show that only 21 CAFOs in New York still operate under the CWA permit — down from 267 farms less than two years ago.

Meanwhile, several dozen of the CAFOs that switched to the ECL permit have been subject to dozens of enforcement actions stemming from permit violations in recent years, Earthjustice reported.

“Even more alarming, at least three facilities now operating under the ECL permit have indicated that they are ‘daily spread’ operations with no or minimal manure storage,” the law group wrote. “Facilities without storage could have no alternative but to land-apply waste during conditions that pose a high risk of water contamination.”

But by making the switch, they are free to continue using consultants they pay to certify to the DEC that they comply with state rules, and they can keep their manure management plans out of the public eye.

That’s what has drawn the attention of officials in Auburn and Owasco, as well as state Sen. Seward.

In his Sept. 26 letter to the DEC, Owasco Town Supervisor Wagner urged the DEC to apply all the court-ordered reforms to both ECL permit as well as the CWA permit.

Seggos did not immediately respond to Wagner’s letter. The DEC did not answer to two emailed questions: 1/  Whether and how Seggos intended to answer Wagner, and 2/  What the agency required of CAFOs seeking to switch from the CWA permit to the more lenient ECL permit. Instead the agency provided WaterFront a more general statement.

The issues raised about the DEC’s regulation of dairy manure took on new urgency for the Finger Lakes region and the entire state last week after the state Department of Health reported that public drinking water in the town of Rushville was contaminated with microcystin, an algal bloom toxin.

Rushville draws its water from Canandaigua Lake, which has been listed on the DEC’s harmful algal bloom (HABs) notification page as a lake with water samples that have been “confirmed with high toxins.”

While algal blooms are caused by a complex array of factors, the nutrients contained in farm manure — primarily phosphorus — rank at or near the top of the list.

For example, the DEC’s own LENS (loading estimator of nutrient sources) program figures that 83% of the phosphorus entering Owasco Lake comes from agricultural sources, according a HABs action plan for Owasco Lake.

Those toxic blooms can’t be traced directly to particular manure spills. In any case, the DEC does not maintain a database of manure spills despite intense public curiosity.

A summary of manure contamination incidents from the winter and spring of 2014 that the DEC recently provided Earthjustice was clearly no more than a partial list because it omitted the well-documented Feb. 21, 2014 spill that produced the manure plume on Owasco Lake

Walter Hang, head of Toxics Targeting in Ithaca, has produced a state map of manure spill events from documents he has pieced together.

And USA Today Network New York recently reported that it filed a comprehensive open records request with the DEC in May, seeking all large farm permit violations, including spills, since 2007. That request had gone unfilled as of the date of its extensive Sept. 16 report.

But one manure spill event in the winter of 2014 has galvanized Owasco-area officials charged with providing clean drinking water.

It has motivated them to learn more about the potential links between manure spills and HABs and to pursue appropriate reforms. “Whatever it takes, let’s do it,” said Owasco Supervisor Wagner. “If it’s a matter of subsidizing farmers, fine.” (Gov. Andrew Cuomo has already moved in that direction, earmarking $14 million for water quality protection projects at 43 CAFOs across the state.)

On Feb. 21, 2014, liquid manure that had been applied to a frozen, snow-covered field ran off into a stream that feeds into Owasco. A picture taken from the shore the following day shows a manure plume approximately 25 feet by 75 feet.

A water sample taken from the stream by the Cayuga County Health Department on Feb. 21 had a phosphorus level of 7.930 parts per million, according to a March 19, 2014 letter to the DEC from Cayuga County Legislator Michael Didio. That was roughly 160 times the federal standard for phosphorus in stream water entering lakes used for drinking, which is 0.05 parts per million. Drinking high-phosphorus water isn’t particularly dangerous. But even slightly elevated phosphorus levels in lake water fuels algal growth.

While Didio’s letter didn’t identify the farm that had spread the manure, the DEC’s response letter June 16, 2014 explained that an investigation had led to a consent agreement with Allen Farms LLC in Scipio, a CAFO located about two miles west of Owasco Lake.

That consent agreement, under which Allen Farms agreed to pay a $10,000 fine, cited the following violations that season:

— On Feb. 21, 2014, Allen applied manure to “Field 50 along Rice Road (that) caused contaminated runoff to discharge into Tributary 44a of Owasco Lake.”

— On March 11 and March 28, Allen applied manure to “Field 27 along Black Street (that) caused contaminated runoff to discharge into Triburary 9a-1 of Yawger Creek.”

— On April 9, 2014, Allen applied manure to “Field 1 near Gilling Road (that) caused contaminated runoff to discharge into Tributary 16 of Crane Brook.”

Each incident was a violation of the state Environmental Conservation Law, punishable by a civil penalty of up to $37,500 per incident.

Allen Farms  reported generating 72,546 tons of manure in the previous 12-month period. During that same period, it “transferred to other persons” 1,316 tons of manure, the report said.

Allen Farms is listed among the 228 CAFOs that now operate under the less restrictive ECL permit as a no-discharge operation.