LANSING, May 17, 2019 — The Cayuga Generating Co. power plant, one of the state’s two remaining coal-fired facilities, announced plans this week to shut down and convert into an energy-gobbling data center with a solar farm.

The 15-megawatt solar array would cover only about one-seventh of the energy needed to power and cool the center’s banks of computers, which would store and manage “cloud” data.

The proposal hinges on its owners’ success in obtaining favorable energy concessions and other financial aid from the state.

In recent months those owners had been seeking approval to convert one of its two coal units to burn natural gas, delivered by truck from fracked gas wells in Pennsylvania.

Their decision to abort that proposed coal-to-gas conversion and simply shut down drew applause from several local environmental groups.

The plant, located 15 miles north of Ithaca on the east side of Cayuga Lake, is owned by Riesling Power LLC of Easton, Md., which also owns Somerset Operating Co., operator of the state’s only other coal plant (on Lake Ontario, north of Buffalo).

Somerset, which has recently fallen behind on its local tax obligations, also plans to shut down and convert to a giant data center.

Both coal plants have struggled financially in recent years in spite of big tax breaks and heavy ratepayer subsidies.

Their prospects have been further clouded by Gov. Andrew Cuomo’s public pledge to close all of the state’s coal-fired plants by the year 2020.

The Cayuga plant had benefited from more than $180 million in subsidies from NYSEG ratepayers between January 2013 and July 2017, Weiser’s group reported.

Those financial props were provided to assure adequate electric power to the energy grid. Ironically, under the plan announced this week, the Cayuga and Somerset plants would begin draining a combined 350 megawatts of power from the source that had counted on their contributions. 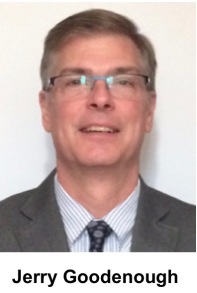 Details of data center conversion plan were unveiled May 15 at a Lansing Town Board meeting by Jerry Goodenough, vice president of development for Cayuga Operating Co.

He passed out a two-page outline of the “Empire State Data Hub” that said the Cayuga data center would use up to 100 megawatts of power, while Somerset would use 250 megawatts.

The outline touted “potential synergies on artificial intelligence and machine learning with Cornell University, Ithaca College and other local institutions of higher learning.”

Aside from data storage, the center would provide computer capacity for “large computational modeling,” such as migratory bird mapping, reforestation modeling.

While large data centers around the world are often involved in processing cryptocurrency transactions for Bitcoin and other cyber currencies, Goodenough distanced Cayuga from that practice.

“We are not targeting Bitcoin or any other cyber currency,” the company document said.

However, one cryptocurrency executive, who asked not to be identified, said Cayuga and Somerset appear to be planning mammoth data centers, based on their energy consumption. Centers of that size are virtually always involved in cryptocurrency “mining,” or processing, for at least a portion of their business, he added.

Cayuga, for example, is permitted to withdraw and discharge more 245 million gallons of water a day from Cayuga Lake for cooling. It recently invested millions of dollars in a sophisticated filtering system required to protect fis

That high-priced cooling system would be a valuable asset for the data center.

The lynchpin of Cayuga’s plan to convert to a data center will be whether New York Power Authority agrees to make a power allocation of 125 megawatts to the Empire State Data Hub (Cayuga and Somerset) from low-cost hydroelectric power under a Power Authority Act passed in March.

Energy costs are key to the success of large data centers.

The Goodenough outline provided to the Lansing officials May 15 included a strongly-worded caution that has been read by some Lansing residents as a veiled threat:

“If denied a 125 clean power allocation by NYPA, the power plant operators could pursue an existing repowering application (via trucked natural gas) at Cayuga and/or sue the state on its proposed coal regulations designed to close only these two plants.”

The Cayuga plant’s owner, Riesling Power, has been ultimately controlled by the private equity group Blackstone, as detailed in WaterFront post last July.

A senior managing partner at Blackstone, Bill Mulrow, is a former top aide to Cuomo. He also served as the governor’s 2018 campaign chief.