The fate of natural gas pipeline development in New York State hangs in the balance of a impending legal showdown that can be boiled down to Cuomo versus Trump. 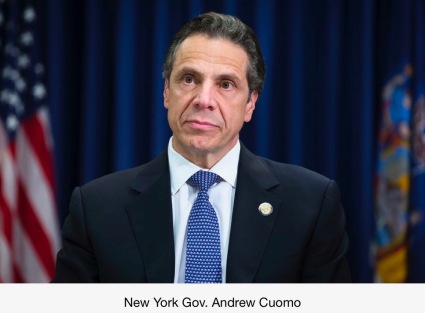 The outcome of the battle over the CPV plant’s spur line figures to have major implications for two much larger pipeline projects: the 124-mile Constitution Pipeline, with about 100 miles inside central New York, and the Northern Access Pipeline, which would cover a similar distance in far western New York.
In all three cases, Cuomo’s regulators at the Department of Environmental Conservation have denied a water quality permits under Section 401 of the federal Clean Water Act, frustrating energy industry backers who were already incensed by Cuomo’s 2014 executive order banning fracking statewide.
The pipelines are looking to the Federal Energy Regulatory Commission to overturn those three state denials. 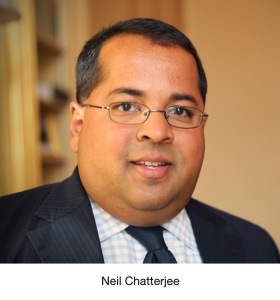 They appear to have found a champion in FERC Chairman Neil Chatterjee, who was appointed by President Donald Trump in May and confirmed by the U.S. Senate in August. Chatterjee, a Kentucky native, is a former aide to Sen. Majority Leader Mitch McConnell (R-KY).
On Sept. 15, only six weeks after Chatterjee’s Senate confirmation, FERC issued a declaratory order stating that New York had waived its right to deny the water quality permit because it failed to do so within one year of the filing date of Millennium’s permit application.

On Oct. 11, the Constitution Pipeline petitioned FERC for a similar order on the same grounds. The CEO of National Fuel, owner of the Northern Access project, had asked for the same treatment in a letter to FERC several weeks earlier.
Last week several environmental groups pressed Cuomo to file an appeal in the Millennium/CPV spur case, including the Sierra Club, Food and Water Watch, and the Sierra Club.
In that appeal, Cuomo asked FERC for a rehearing on its order and a stay on pipeline development pending the resolution of all appeals.

The legal issue in question is the definition of the one-year time limit the Clean Water Act allows for states to rule on permit applications. Does the one-year time period begin on the date a pipeline applicant files an application or on the date the state deems such an application sufficient?
In fact, either side could potentially game the system — the pipeline by filing a grossly inadequate application and the state by constantly requiring new information in a bid to delay far beyond one year.
FERC cited the second potential threat in its Sept. 15 order.
“By failing to act on Millennium’s request for certification by November 23, 2016, we find that the (state) agency waived its certification authority,” FERC held. “To find otherwise would frustrate the purpose of the one-year review period … and allow state agencies to indefinitely delay proceedings by determining applications to be incomplete.”
But the DEC in its appeal said the opposite problem applies. “Indeed, in this case, Millennium submitted a letter and affidavit demanding that the permit be granted, along with more than 200 pages of exhibits, a mere eight days before the one-year anniversary of its initial application submittal,” the appeal said.
The Clean Water Act itself is ambiguous, the DEC argues. It doesn’t specify whether a permit application needs to be valid in the eyes of the state or not in order to trigger the one-year decision period.
Finally, the New York appeal concludes, “Because the (DEC) is charged with determining whether to issue the (water quality permit) for the project, it — not FERC — is the appropriate agency to interpret any ambiguous terms of the (Clean Water Act),” the appeal says.
A ruling in August by a three-judge panel of the U.S. Court of Appeals for the Second Circuit in New York seems to tilt toward Cuomo on that point.

The Constitution Pipeline had asked the panel to declare New York’s denial of the water quality permit arbitrary and capricious. The panel declined to do so, writing:
“Relevant federal statutes entitled DEC to conduct its own review of the Constitution project’s likely effects on New York waterbodies and whether those effects would comply with the state’s water quality standards,” the court said. “We conclude that the denial of the Section 401 certification after Constitution refused to provide relevant information, despite repeated DEC requests, was not arbitrary or capricious.”
For those favoring aggressive natural gas development in New York, Cuomo’s stance on the pipelines — after his December 2014 executive order banning fracking statewide –adds insult to injury.
In an April 25, 2017 letter to President Trump, the Joint Landowners Coalition of New York, a pro-fracking group determined to cash in on their mineral rights, vented its frustrations and pled for help.

“The Cuomo administration’s (fracking ban) decision was heavily influenced by a network of well-funded environmentally active foundations and anti-fracking groups,” JLCNY president Daniel Fitzsimmons wrote Trump.
“New York is so controlled by environmental extremists,” the letter continued, “that our state cannot even approve basic pipeline infrastructure necessary to supply natural gas to New York communities that currently rely on propane and oil. New York has also impeded interstate commerce by obstructing the transportation of natural gas from Pennsylvania and to New England states.”
Fitzsimmons went on to cite the DEC’s denial of water permits for the Millennium/CPV spur, Constitution and Northern Access pipeline projects.
“Our governor’s anti-fossil fuel campaign is creating an energy crisis in our region,” the JLCNY letter said. “We believe the federal government must assert its rights over federally approved pipeline projects …
“As you know, our landowners in upstate New York gave you overwhelming support in the (November 2016) election. We believe you understand the plight of our upstate communities and are aligned with us on a common sense, all-of-the-above energy policy…. Thank you for all that you are doing to Make America Great Again.”