Unseasonably warm days in early and mid September have fueled a surge in harmful algal blooms, or HABs, in New York’s Finger Lakes, firmly establishing 2017 as the region’s worst year on record.
Last year, the often toxic green scum was reported on the surface of six of the 11 Finger Lakes — then the most ever. This year, its been spotted on all 11.

Seneca and Skaneateles lakes are the latest victims. As recently as Sept. 5, they seemed to have escaped unscathed through algae’s peak summer season. But since then dangerous blue-green algae, which produces nerve and liver toxins, has been reported at multiple sites on both lakes.
That’s particularly troubling in the case of Skaneateles, which provides unfiltered drinking water to the city of Syracuse through a 19-mile pipe.
City officials have discounted any immediate threat to the public. But now they may have to wrestle with the question of whether Syracuse will eventually need a carbon filtration system to ensure safe drinking water.
Skaneateles Lake had not had a HABs outbreak since the state Department of Environmental Conservation began tracking the problem closely in 2012. But in the past week, several of the telltale pea soup-like patches of algae, which thrives in warm, calm water, popped up all around the lake.
On Seneca, at least 14 blooms were reported between Sept. 14 and Sept. 16 alone. For interactive map, click here.
Canandaigua Lake also reported a series of blooms attributed to the warm, sunny weather this month. The forecast calls for that to continue at least through Sept. 27, and possibly into early October.

“It (algae) is popping up every day. In the next two weeks, it will be with us,” Kevin Olvany, manager of the Canandaigua Watershed Program, told WHEC.com.
Canandaigua’s blooms were overwhelming on the east side of the lake, as were all of those on Seneca. Olvany attributed the pattern to gentle western breezes that tend to push the blooms east.
But Edwin Przybylowicz, who coordinates volunteer HABs lake monitors from Seneca Lake Pure Waters Association, said scientists aren’t certain about which factors determine when and where they occur. He speculated that extra hours of warm afternoon sunlight on the eastern side might help explain the east-west imbalance.
The blooms tend to spring up quickly and dissipate just as fast, usually when the wind rises or water temperature cools. 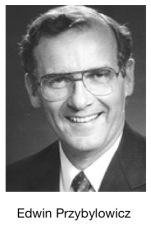 The most dangerous algal blooms produce cyanobacteria, which release toxins affecting the skin, liver and nervous system. Drinking it or even swimming in it can be extremely dangerous. Dogs have been killed as a result of grooming themselves after swimming in it.
Thousands of seasonal lakefront cottage owners across the Finger Lakes have long used water intake lines from their lake for washing dishes and clothes, for showering and sometimes even for drinking. With the rapid proliferation of HABs, those could be dangerous habits.
The most obvious symptoms of contact with toxic algae are skin irritation and respiratory problems. But scientists are also probing potential links between HABs and neurological diseases such as dementia, Alzheimer’s, Parkinson’s and amyotrophic lateral sclerosis (ALS), or Lou Gehrig’s disease.
Not all algal blooms pose a danger, but the dangerous types are rather common and can only be differentiated from benign types through laboratory tests.

The DEC provides a running list of New York State water bodies that have been affected by HABs. Its latest tally includes blooms from Seneca and Skaneateles that are categorized as laboratory-confirmed HABs.
The progressive intrusion of toxic algae into the Finger Lakes has serious implications for public water systems that aren’t well equipped to address it.
For example, detectable algal toxins (allbeit, trace amounts) showed up last year in treated drinking water in the towns Auburn and Owasco. They draw their water from Owasco Lake, where toxic HABs have been a consistent problem at least since 2012.
This year the toxins were present in Auburn’s raw water, though not in the final water that reaches the public, thanks to a charcoal filtering system.
Przybylowicz said carbon filtration is seen as effective in blocking algal toxins, but it imposes costs on water systems and slows water flow. The Waterloo Water Treatment Plant on Seneca Lake uses the process during high-risk periods, he said.
The cities of Rochester and Syracuse have not had to confront the HABs issue until this summer. They can take some comfort in the fact that algal blooms occur on the surface of the water, while water system intake pipes are well below the surface.
It is not yet clear to scientists how much the toxins circulate after blooms dissipate, said Przybylowicz, a retired Kodak chemist with a PhD from MIT. “Toxins are also transient in stability,” he added.
Rochester takes its water from Hemlock and Canadice lakes, which experienced their first HABs events in July and August. Decades ago, the city bought up all the cottages along those lakes and thousands of acres of adjoining property to allow forests to grow up around their watersheds. Rochester is proud of its pure water.
The same goes for Syracuse. “Skaneateles Lake is one of the cleanest lakes in the world,” the city says on its website. “The high quality of the water makes it possible to utilize the lake’s water without filtration.”

That applied until HABs turned up this month in the middle of Skaneateles, as well as its eastern and western shores at Five Mile Point, among other places.
Cottage owners should not be overconfident about the filters they use for water drawn directly from the lake, Paul Torrisi, president of the Skaneateles Lake Association, told NYup.com.
“UV filters and chlorination or normal filters and even boiling it will not take out the toxins,” Torrisi said. “The only thing I’ve been told that works is a powered-activated carbon filtration system, and they are very costly.”