For decades, the state of New York has allowed a private company to mine salt deep beneath the southern third of Cayuga Lake without ever requiring a rigorous public analysis of the risks of a catastrophic mine flood. 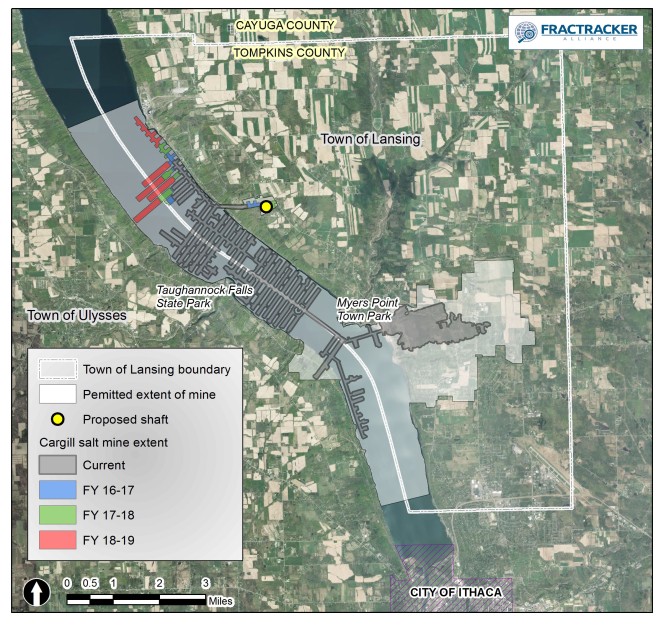 Now the administration of Gov. Andrew Cuomo has taken that historically lax approach to an egregious new level by green-lighting expansion projects at the riskier northern end of the mine where the bedrock buffer from the lake thins out. Even more alarming, the administration has fast-tracked those projects by waiving a full environmental impact statement in the face of dire warnings from a growing band of highly qualified scientists.
Mine flooding is no longer viewed by experts as a remote possibility.

Such a flood would most likely be the first step in a calamitous chain reaction. Invading fresh water would melt away at the mine’s salt support pillars, inviting collapses of the bedrock separating the mine from the lake bottom and creating a mine-to-lake conduit.
Then super-salty brine from the mine could mix with lake water and — either gradually or rapidly — effectively turn Cayuga into the state’s first man-made Great Salt Lake by driving salinity well past federal drinking water standards.

Sound far-fetched?
It’s not. It’s already happened under surprisingly similar geological circumstances only 75 miles west of Cayuga.
AkzoNobel Inc.’s Retsof, once the largest salt mine in North American, had been in operation for more than 100 years when it collapsed in the Genesee Valley in March 1994. The now-flooded mine underlays land that was once a Finger Lake — larger than any of the present 11 Finger Lakes except Seneca and Cayuga. When the Retsof roof gave way, water from an aquifer closer to the surface rushed in. Land above the mine sank several feet, damaging roads and bridges, and brine ruined the entire aquifer. Private wells produced salt water or simply went dry. 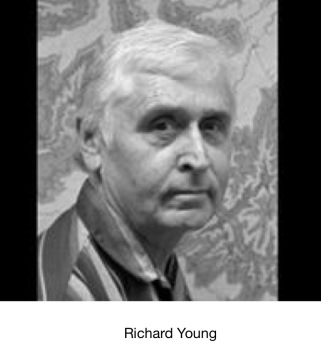 A leading expert on the Retsof collapse, SUNY-Geneseo geologist Richard Young (at right), now campaigns for a full environmental impact statement on the Cayuga mine. Asked at a recent forum for his opinion on salt mining under Cayuga, Young answered:
“Bad idea to begin with. No more.”
Most salt mines eventually fill with water, and several have suffered complete collapses as a result. But rarely, if ever, have the stakes been this high. Cayuga, the longest Finger Lake and second largest by water volume, is a gem worth billions of dollars more in its present state — as a drinking water source and a regional economic engine for tourism — than as barren, heavily salinized lake.
And yet, Cuomo’s state Department of Environmental Conservation, as if on auto-pilot, is carrying on with its decades-long practice of stonewalling public efforts to assess the mine’s increasing risks to the lake. 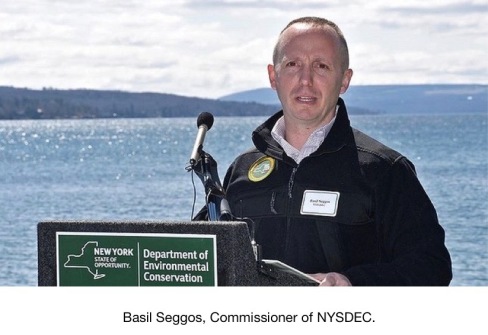 Recent decisions related to a proposed 18-foot-diameter mine shaft on the northern end of the mine underscore the DEC’s determination to frustrate public efforts to analyze potential hazards.
The shaft is deemed necessary because federal regulations require that miners be able to evacuate mines within an hour. Miners working more than 2,000 feet below the surface at the northern end of the Cayuga mine are bumping up against that limit. The shaft will provide them a much quicker escape hatch. 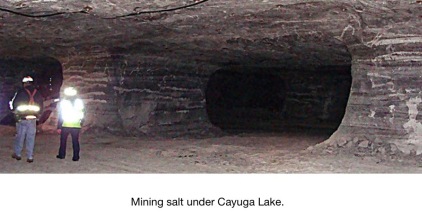 But drilling that wide shaft will entail the serious risk of hitting water-filled rock faults that could allow gushers to flow directly into the mine, according to Raymond Vaughan, a geologist from Buffalo.
The initial core hole for the shaft leaked. When the core hole is greatly enlarged to form the broad shaft, “there’s a very real possibility of getting much, much larger flow of water than has already been detected,” Vaughan said recently.
Anything approaching the sudden inflows at Retsof “would be a very disastrous problem of having the mine start to flood in an uncontrollable way,” Vaughan added.

The ultimate effect of a complete mine flood on the water quality in the lake is far from certain. Under certain scenarios, brine from the mine would drive up concentrations of chloride or sodium well beyond federal drinking water standards — though not to levels approaching the intense concentrations found in Utah’s Great Salt Lake.
The DEC had refused to acknowledge that any threat to drinking water existed when it declared in June 2016 that the shaft project “will not have a significant effect on the environment.” That formal determination short-circuited the legal process that leads to a draft environmental impact statement and full public participation. 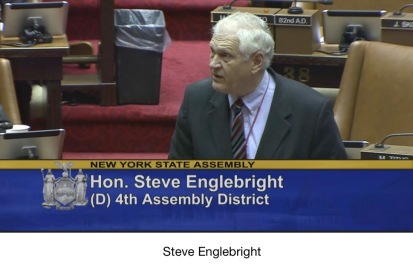 The DEC’s stance did not sit well with Steve Englebright, chair of the New York State Assembly’s Environmental Conservation Committee, and Barbara Lifton, Ithaca’s Assembly representative. In a July 13 letter to DEC Commissioner Basil Seggos, Englebright and Lifton urged the agency to enact a moratorium on any new permit that would promote salt mining under the lake. 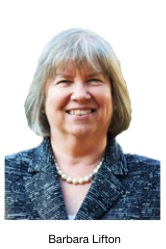 “The new geological information is compelling, and a mine disaster under the lake would be catastrophic,” they wrote.
Unconvinced by the influential Assembly Democrats, Seggos and the DEC granted the permit for the 18-foot-diameter shaft one month later — without any stipulation requiring an environmental impact statement.
That action bent to the breaking point New York’s 1978 State Environmental Quality Review Act, or SEQRA.SEQRA mandates a full environmental impact statement, or EIS, if a project “is determined to have potentially significant adverse environmental impacts.”
In recent weeks, several scientists and local citizens in group called CLEAN (Cayuga Lake Environmental Action Now) began drafting a legal challenge to the DEC’s permit for the mine shaft.
They have four months from the date of the permit, Aug. 17, to file an Article 78 proceeding under the state’s Civil Practice Law and Rules in a state Supreme Court in Ithaca or Albany.
Brian Eden, chair of the Tompkins County Environmental Management Council, said he’s urging CLEAN to move quickly, “especially now that we’re getting municipal petitioners whose attorneys may wish to comment on the filing prior to submission.”
Richard Lippes of Buffalo, once a prominent counsel in court cases involving Buffalo’s Love Canal environmental disaster, is expected to represent them.
“The towns of Caroline and Ulysses have authorized joining the Article 78,” Eden said recently. “The ci 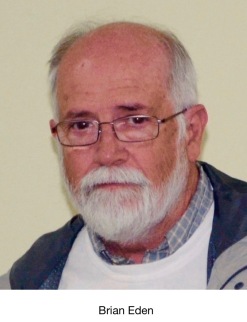 ty (Ithaca) is poised to do so in early October. It passed through (the Ithaca Town Council’s Planning and Economic Development Committee) Wednesday. “I will be working with the towns of Ithaca, Danby and Dryden to see if we can obtain their approval prior to filing date,” Eden added.

Standing with the DEC against the groundswell of opposition from scientists, local citizens, state legislative officials and local towns is the primary beneficiary of the Cuomo Administration’s stubborn stance: the owner of the mine.
Minneapolis-based Cargill operates the Cayuga salt mine under lease and royalty arrangements with the state, which owns mineral rights under the lake.
The business of extracting salt under land around Cayuga Lake began about 100 years ago. Cargill bought mining operations there in 1970 and later introduced the use of below-ground workers in a room-and-pillar mine under the lake. That mine now stretches from about three miles north of Ithaca at the lake’s southern tip to about 10 miles north of town. 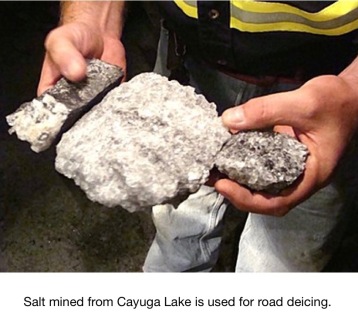 In several respects, Cargill has been a model corporate citizen, paying close to 200 Cayuga mine employees roughly $10 million a year. For decades, it has run a relatively safe workplace, producing mountains of road salt while generally adhering to environmental regulations.
Cargill also mines salt near the southern end of Seneca Lake, where it produces a higher quality salt through a entirely different operating process.
Rather than relying on miners and equipment nearly half a mile below ground, the Seneca operation conducts “solution mining.” That involves drilling into a salt bed, adding fresh water to dissolve the salt walls and extracting the briny liquid that results. Over time this hollows out caverns. The extracted Seneca brine is processed to yield high-quality table and pharmaceutical salt.

Cargill is a vast multi-national company with dozens of other operations. It’s annual revenues of $109 billion narrowly edged out Koch Industries as the nation’s largest private company. Cargill is roughly the size of Fortune 500 giants Kroger and Chevron.
As a private company, Cargill has nowhere near the burden of transparency required of Fortune 500 firms, which, as shareholder-controlled companies, must file exhaustive disclosures with the U.S. Securities and Exchange Commission.
Over the years, the DEC has repeatedly taken Cargill’s side on issues that involve public scrutiny of the mine’s potential to harm Cayuga Lake. Beyond that, the DEC has never required Cargill to:
— Submit to the standard legal threshold established under SEQRA for the formal environmental impact statement process. That standard of “potentially significant adverse environmental impacts” has, rather obviously, been met and exceeded.
— File a comprehensive mine closure plan for the day that the mine is no longer capable of producing sufficient financial returns for the company.
— Post a financial security that comes close to reflecting the ecological and economic value of the lake. The DEC recently boosted the requirement from $1 million to $3.5 million, perhaps one-thousandth of the value of the asset at risk. 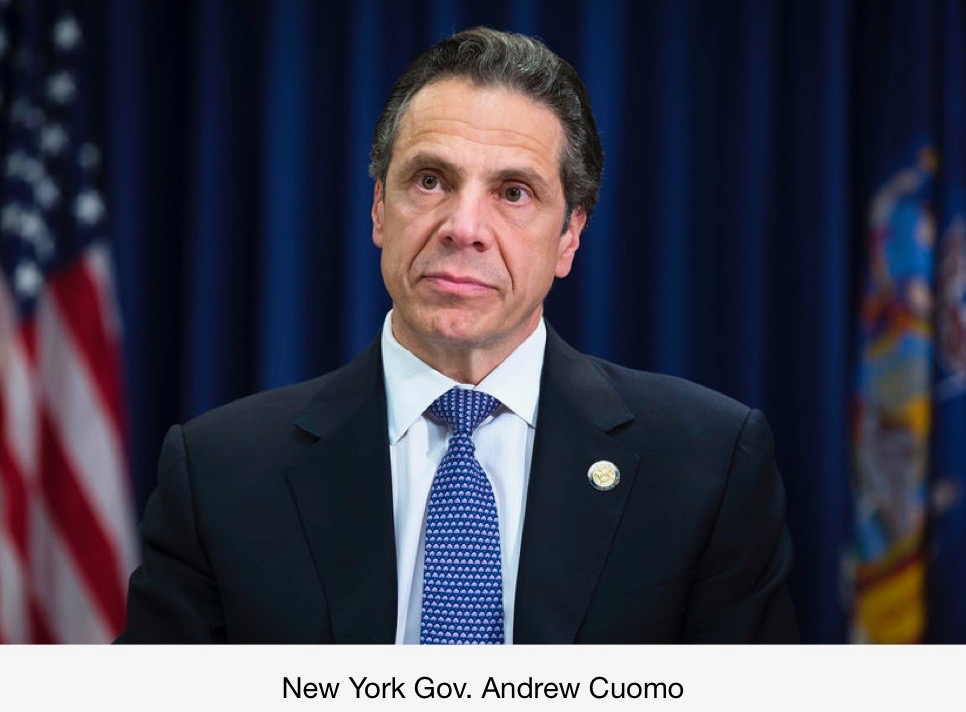 So why does the Cuomo Administration continue to fight so hard against public pressure to simply follow the law in regulating the Cayuga salt mine?
For that matter, geologist Vaughan and others wonder, why did the Cuomo Administration agree to accept a $20 million payment from AkzoNobel to excuse it from future liability in the ruining of an aquifer over the flooded Retsof mine? Can a company simply buy an aquifer (or the right to pollute it)?
If so, can it buy a lake?